Found that reducing the amount of formaldehyde released, environmentally friendly furniture is not a dream

According to the latest news from Germany: Researchers at the Wilhelm-Klauditz-Institut (WKI) Fraunhofer Timber Institute and the Fraunhofer Silicate Institute in Germany say they have found that using modified silicates can adsorb formaldehyde, which is a A method of reducing the release of harmful substances in particleboard by 40%.

According to the researchers, the silicate is an aluminosilicate, which has a porous structure and a very large internal surface area. Because of these characteristics, it can act like a molecular sieve and can effectively " Eat "formaldehyde.

Katrin Bokelmann, project manager at the Fraunhofer Silicate Institute, said: "At present, we have used silicate as a filling material for particleboard, and using silicate to adsorb pollutants in wood materials is a new idea. â€

If the concept of the Fraunhofer Institute is commercially viable, it can be used for large-scale factory production, which has far-reaching implications for producers and users of wood products.

Since the 1950s, formaldehyde, especially urea formaldehyde, has been a major component of resins and glues used in the production of particleboard, MDF and plywood. In these decades, plate producers and glue producers have made significant improvements in reducing the amount of formaldehyde released. However, the International Agency for Research and Research (IARC) under the World Health Organization (WHO) has identified formaldehyde as a carcinogen.

The IARC's assertion has helped the California Air Resources Board and the US Environmental Protection Agency (EPA) regulate fuel-related issues.

Jankischera, WKI's project manager, said, "Through our short-term experiments and one-month long-term experiments, this silicate can reduce the release of formaldehyde from the plate by 40%. In other words, in daily life, we will also Detecting the air quality in our living room. Our experiments show that this substance can also reduce the level of indoor pollutants. The researchers also stressed that the experiment shows that artificial silicate does not have any negative impact on the properties of composite wood board.

This new technology has already applied for a patent. Researchers say that the improved silicates used in furniture, ceilings and other wooden products not only greatly reduce the amount of formaldehyde released, but also reduce the amount of other aldehydes in the room.

A Curtain Wall system is an outer covering of a building in which the outer walls are non-structural, utilized to keep the weather out and the occupants in. Since the curtain wall is non-structural, it can be made of lightweight materials, thereby reducing construction costs. When glass is used as the curtain wall, an advantage is that natural light can penetrate deeper within the building.


Curtain wall systems are typically designed with extruded aluminum framing members. The aluminum frame is typically infilled with glass, which provides an architecturally pleasing building, as well as benefits such as daylighting. However, the effects of light on visual comfort as well as solar heat gain in a building are more difficult to control when using large amounts of glass infill. 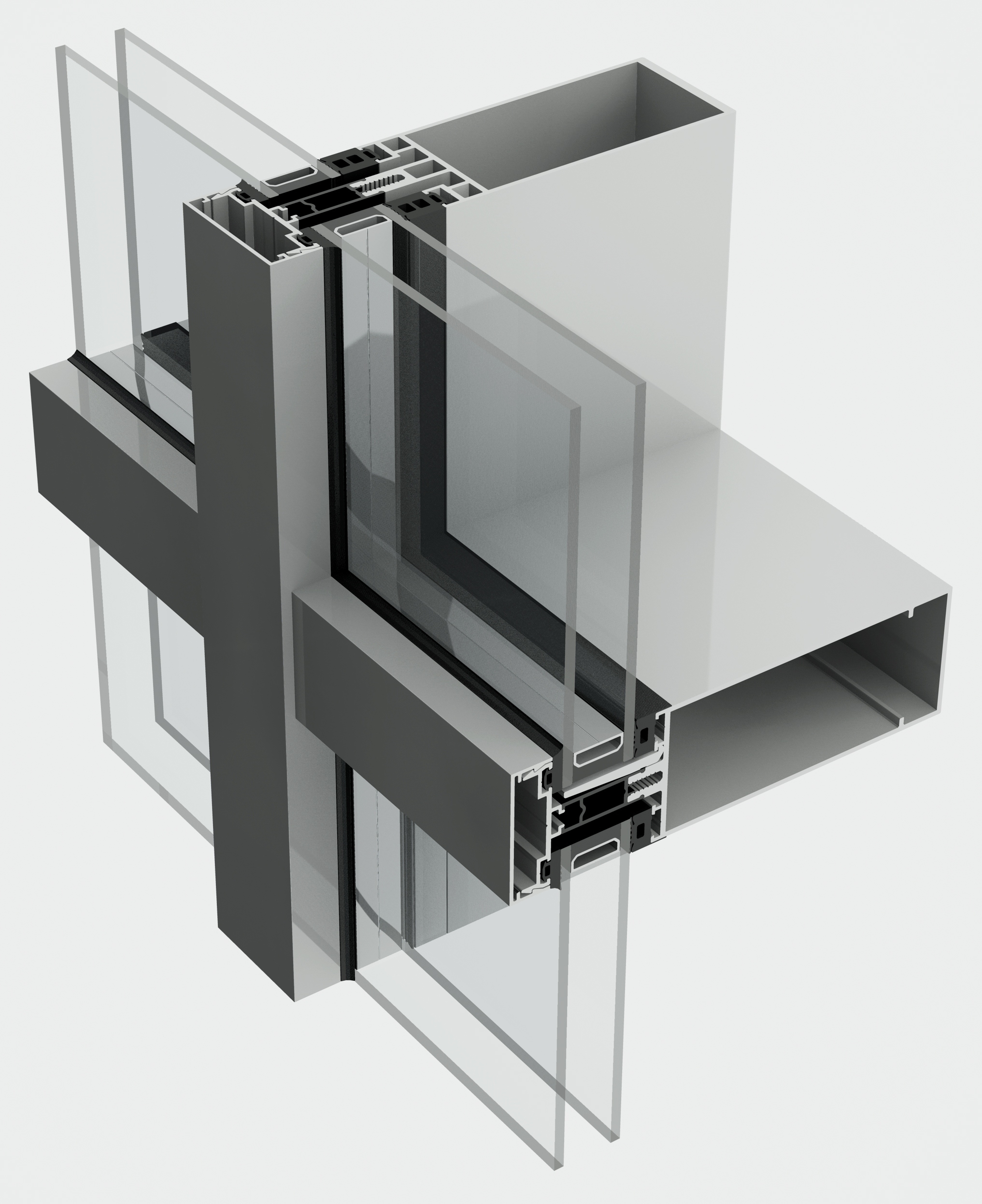 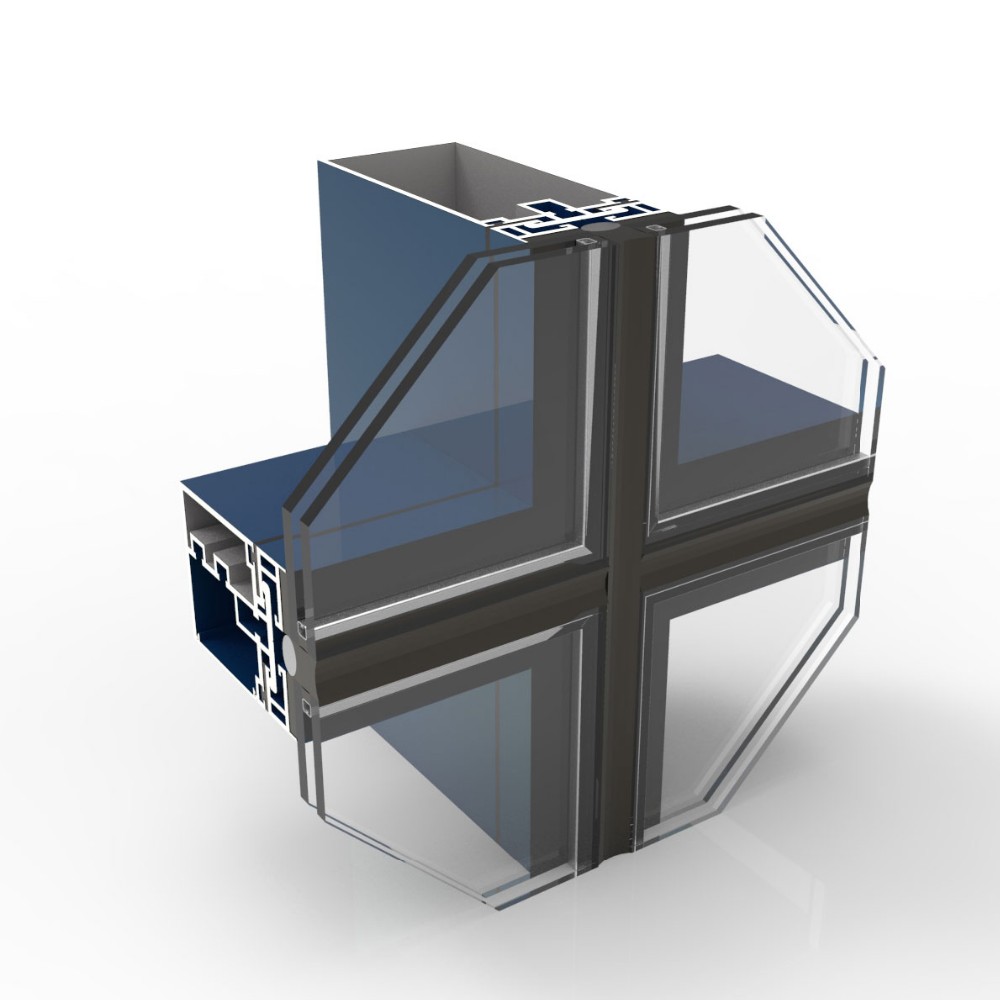 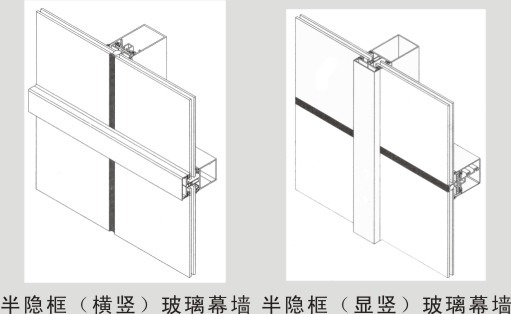